The Convalescent Home in East Finchley

A long and determined effort to restore a foundation stone to a suitable resting place has finally been achieved. The stone was originally found in the rubble of The Convalescent Home in East Finchley (the rehabilitation branch of The National Hospital) after demolition. After the site was sold, it lay hidden for years under bushes until it was discovered by Daphne Price and Dr Rita Gutt in 2009. Beneath the grime they realised what it was and that it had been laid by the Duchess of Albany in 1896 (see photograph from the ceremony below).

Coincidentally, Daphne’s daughter was then treated in the Albany Suite (the rehab ward at The National Hospital), and her quest to restore the stone to a more fitting resting place began. Professors Leff and Duncan assisted and now the stone has been set in place near the hospital’s rear entrance at Powis Place.

Further images of The Convalescent Home in East Finchley 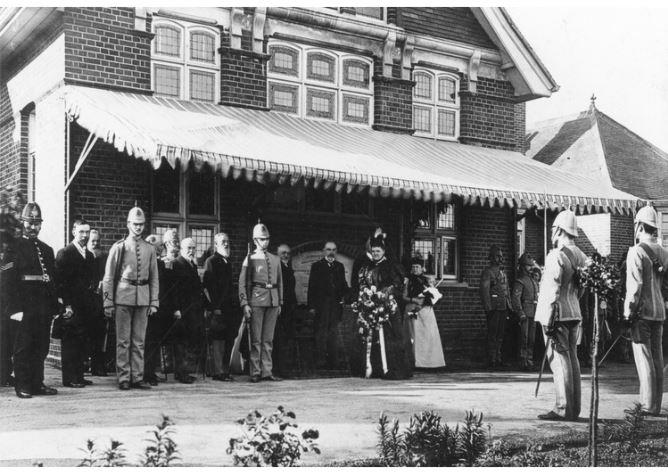